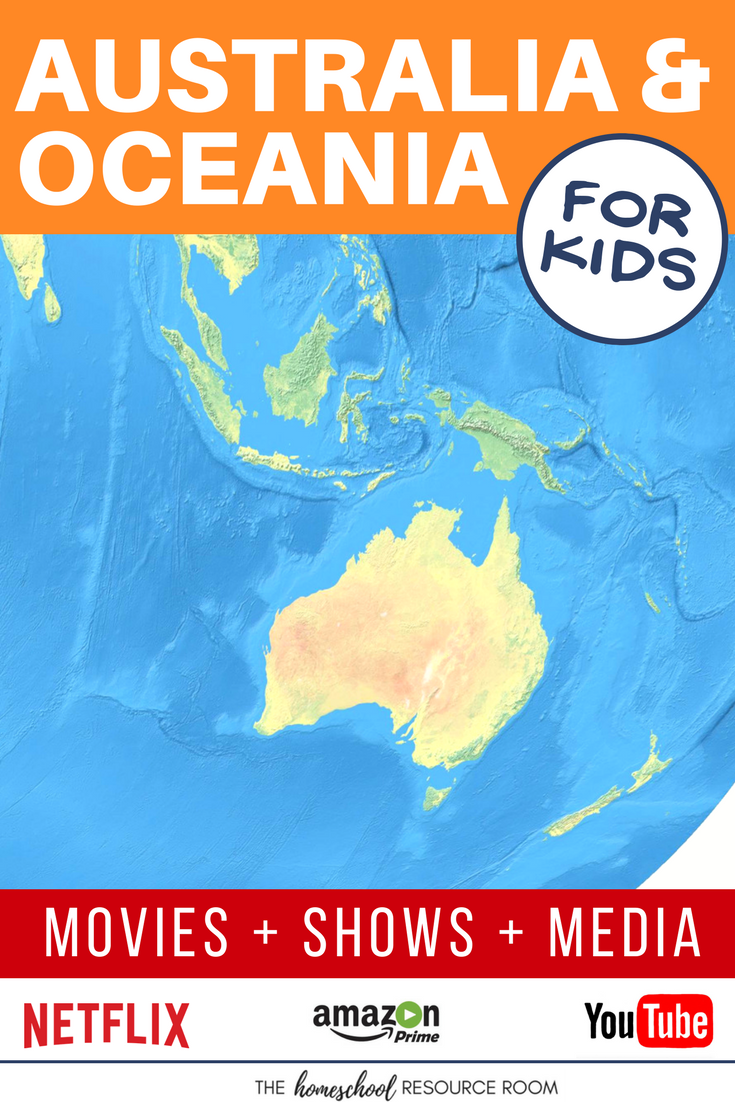 This list is up-to-date as of April 2017. Lineups on Netflix and Prime change frequently and occasionally YouTube videos are deleted. If you see something that is no longer available, please leave a comment. I will update this as needed. Thanks!

For all our Around the World Resources, START HERE.

The Rescuers Down Under – Australia
Moana – Polynesian Islands, Hawaii
IMAX Under the Sea – Coral Reef

Continents of the World Series For Kids– Episode 4, Australia